Peas are incredibly easy to grow, so good to try your hand at if you are new to growing your own, as you can usually see them beginning to grow within a week of planting them.

All photos by Toni Abram. 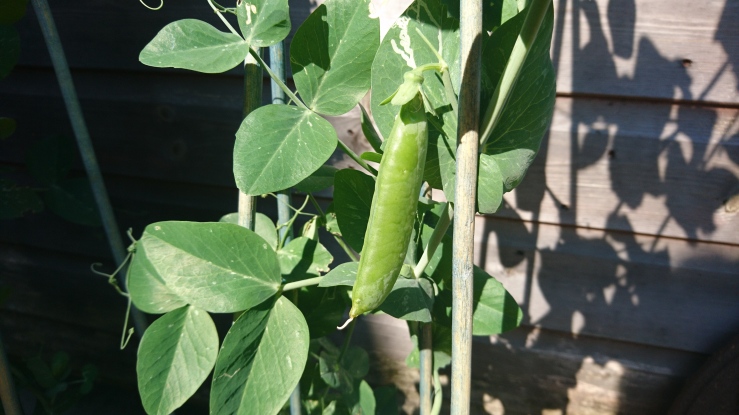 I have grown peas for a good few years now. Previously I have grown them up a wigwam type structure (if you have been watching Grow Your Own at Home this year, this is the way David Domony grew his) but this year I decided to live dangerously and instead planted my peas in a row, in a trough. I was a bit concerned about the size of the trough and that my plants wouldn’t get enough sunlight where the trough is situated in the garden but I need not have worried, they grew just fine.
I started my peas off in small pots in the kitchen and when they got to a good size, I planted them outside, each time planting some more in the house. 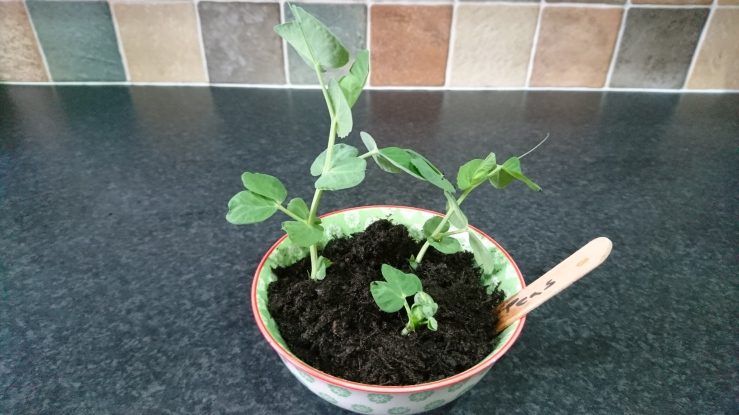 I tied some garden canes together to make a framework for my peas to grow up and it made it easy to see which plants were doing well and which were struggling. 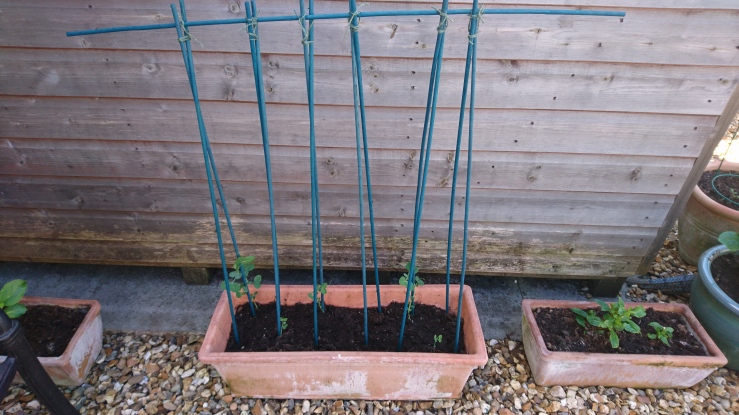 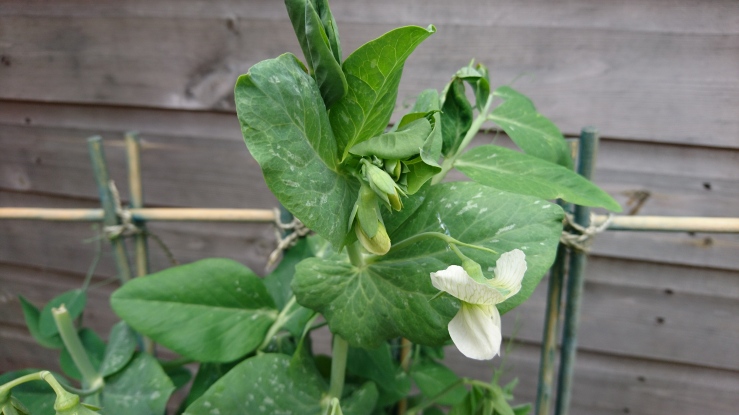 The plan had been to do successional planting (sowing little and often so I didn’t get a glut or a shortage), meaning that I would have peas for best part of the summer but something got a taste for them and many times I found myself replacing once healthy plants that got eaten overnight.

Towards the end of June, flowers appeared and soon afterwards my plants became heavy with pea pods. It is always very tempting to want to eat the peas as soon as the pods appear but if you can stop yourself from eating them, you will get bigger and fatter peas. 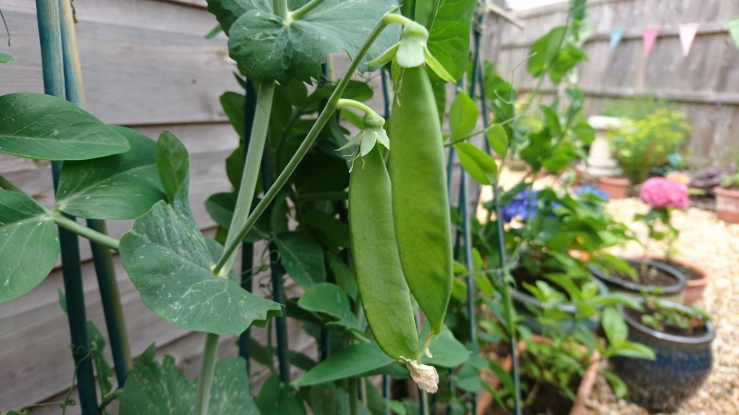 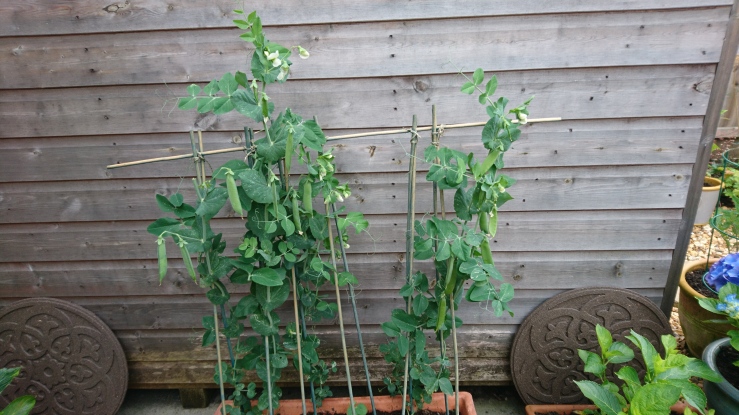 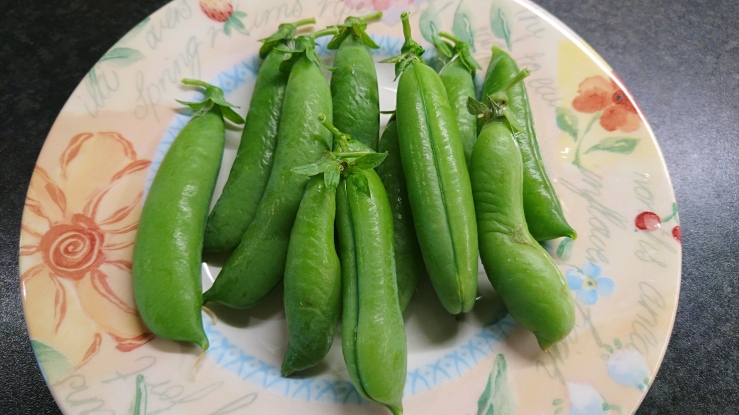 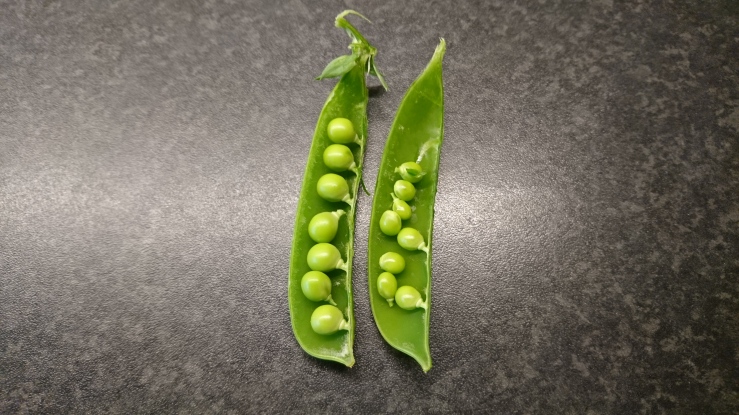 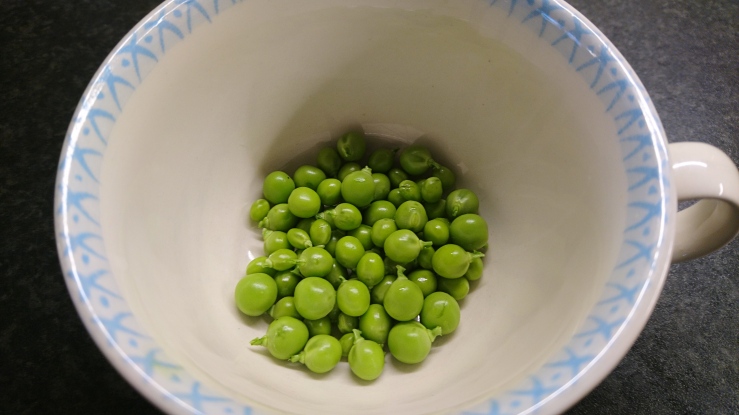