My great grandfather Joseph Charles Abram enlisted in the British Army on 22 January 1901 aged 19 years and five months. He worked as a Farrier Staff Sergeant (a blacksmith specialising in shoeing horses, a skill that requires not only the ability to shape and fit horseshoes, but also the ability to clean, trim, and shape a horse’s hooves) in the Army Service Corps. During his time in the army he served in South Africa, Egypt and Palestine. He left the army in 1922.

My family is fortunate to have a copy of his service record together with other mementos of his time in the army, including a brass tin (a Christmas gift from Princess Mary to those serving in the armed forces in 1914), the Christmas card that came with this,  his war medals and the Oak Leaf emblems which he received for having been mentioned in despatches on 30 December 1913 (a member of the armed forces mentioned in despatches is one whose name appears in an official report written by a superior officer, in which gallant or meritorious action in the face of the enemy is described).

Further information about the tin can be found below.

The medals are the 1914 Star, British War Medal and Victory Medal, also known as Pip, Squeak and Wilfred.

Further information about the medals can be found below. 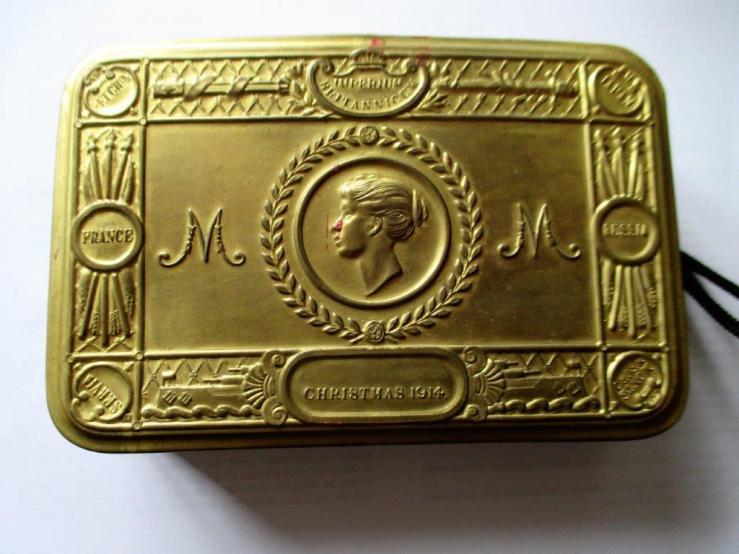