Ellen Kefford was born on 25 December 1880 in Sawston, Cambridgeshire. She was the daughter of James Kefford and Harriet Coleman.

The 1881 census shows Ellen, aged less than one year old, living in Sawston with her  father James, a shepherd, mother Harriet and four brothers and sisters – John, Rebecca, Thomas and Jane.

Ellen married my great grandfather David Brooker in Biggleswade on 2 December 1903 and the 1911 census shows them living together in Wrestlingworth with a four year old son called David Arthur.

Ellen died suddenly in 1932 at the age of 54, at the Southend Municipal Hospital in Rochford, Essex following an accident. Her death and the inquest that followed was reported in newspapers at the time. 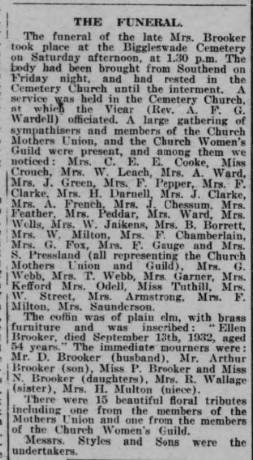 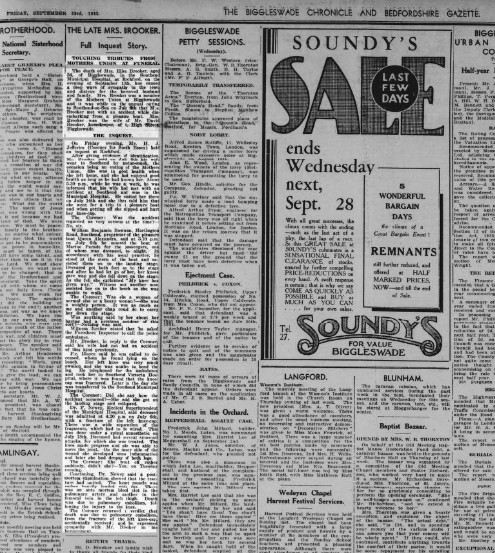 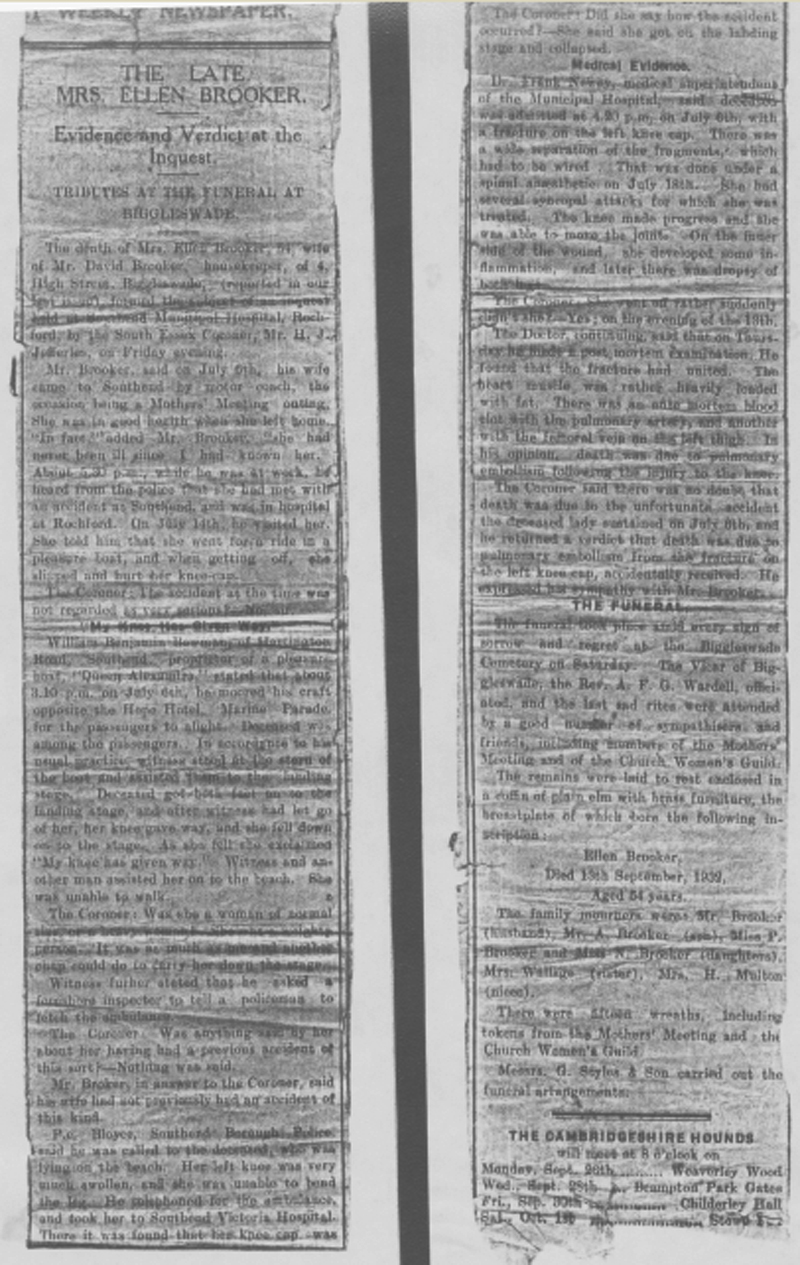