Frederick Charles William Payne was born on 25 September 1915.  The only son of Ellen Rose Payne. His father is unknown. 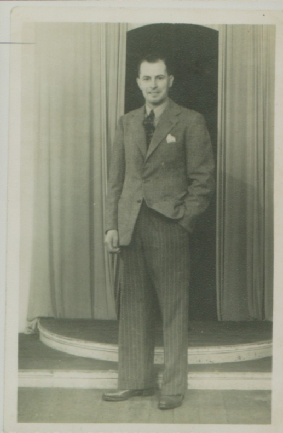 He married my grandmother Ellen Brooker in Biggleswade in 1940. The couple were married by special licence two days before Frederick had to report for military service.

Frederick and Ellen had three children, Pamela Ann and Freda were twins born in 1940 but Freda only lived to be three days old – her death certificate states she was a premature twin born at seven months. My mum was born seven years later on 3 February 1948.

During his time in the military, Frederick was reported missing in action. 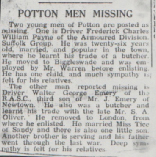 Frederick’s occupation at the time is given as Private Number 198808 Royal Army Service Corps (Butchers Assistant).